While a horde of climate denizens is preparing to invest in the White House US Southwestern states are experiencing the largest drought ever recorded in more than 40 years.
California and Nevada are the most affected by heat waves and lack of precipitation that have been combined for 5 years in this region but Arizona and Utah are also severely impacted.

Although the autumn rains have abundantly sprinkled the West Coast for two months, the natural reservoirs supplying drinking water to the big agglomerations are at their lowest. The farmers who have already largely pumped into the water wells are seen today impose restrictions and sometimes destruction of the most demanding crops of water. More than 2000 wells are dry in Great Valley, the agricultural heart of California formed by the Sacramento and San Joaquin valleys, that produce most of the production of almonds apricots figs kiwis grapes and many others
crops very profitable but also very demanding water.
The counterpart of this intensive agriculture is the need to irrigate these crops which would consume nearly 80% of the total water withdrawn in the region.

Most reservoirs in large deficits

Cachuma Lake which supplies Santa Barbara with drinking water has seen its capacity reduced to 7% as shown by these satellite pictures taken 15 years apart. 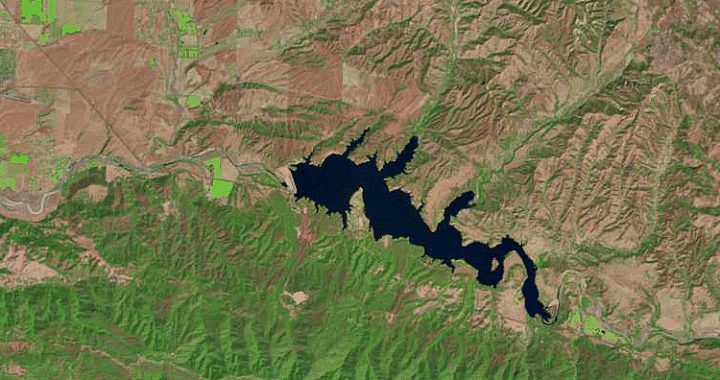 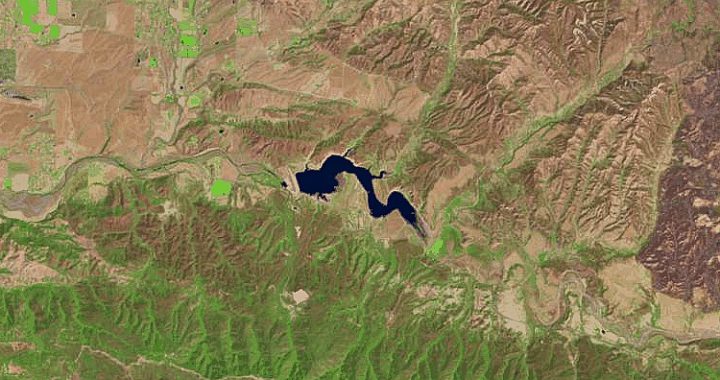 Lake San Antonio has not been spared and its leisure park, highly appreciated by the Californians, had to be closed in 2015, its level having collapsed at 4% of its average capacity.That which had not happened since 1967; It was reopened for the summer of 2016. 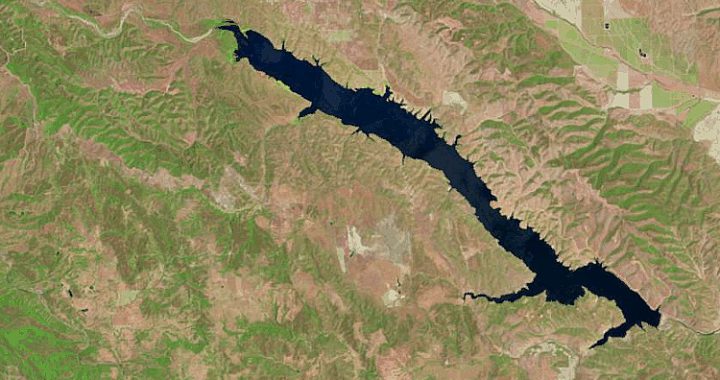 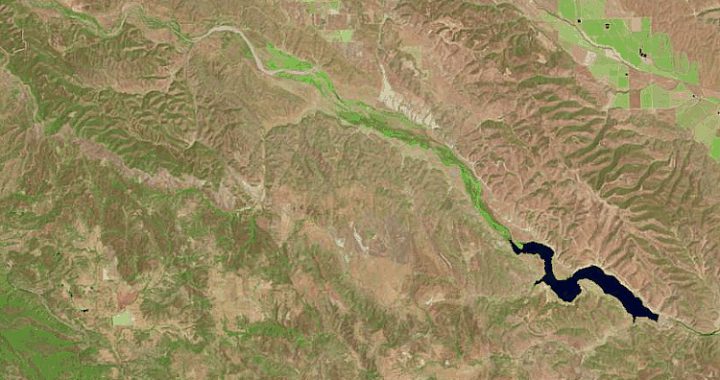 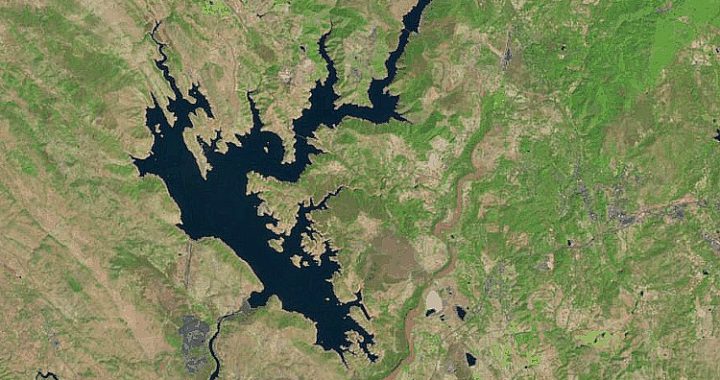 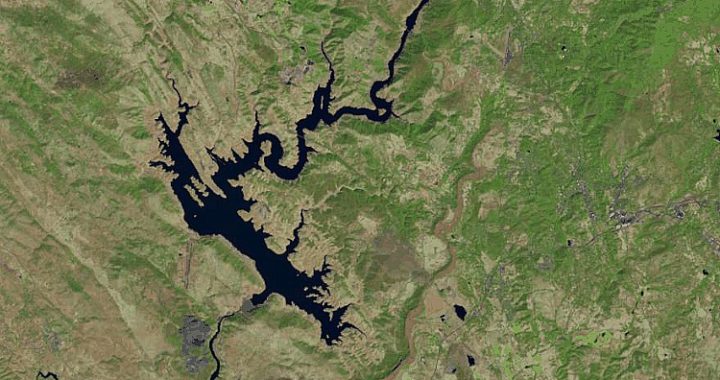 This video (YouTube) from 2014 shows the importance of drought.

This YouTube video shows the differences between 2011 and 2014 on the levels of several California lakes.

This catastrophic situation is reminiscent of the virtual disappearance of the Aral Sea in the 1990s.

This historic drought also causes many serious problems for the environment and the regional economy:

Considered another year ago as "the largest reservoir in the United States ", Mead Lake, which supplies Las Vegas with drinking water, reached a 20-year low in the spring before rising again this fall to its 2015 level.A difference of more than 40 meters from its maximum level for a capacity less than 40%. As for the Hoover dam which operates the artificial lake its electricity production dropped by two-thirds in 2016. Negotiations are underway between California, Nevada and Arizona to adopt a program to reduce water consumption.
At the same time the states of the upstream basin of Colorado, Wyoming and Colorado are considering creating new reservoirs to secure the future of their water supply, which would deprive the downstream states of as much resources.
If winter does not bring rain and snow in substantial quantities, the city of Las Vegas, a part of Nevada and Arizona could experience an extremely tight drinking water supply next year.