TOP 20 of french ski resorts with most diversified activities

February 26, 2017   Innov Mountains analyzed the snow and ice activities proposed by more than 200 French ski resorts, and gives his readers the result of this study, as a chart of winter sport activities diversity. We also release a separate ranking for low-lying ranges, as some of them have made considerable efforts in the lasts years to propose a wide choice of disciplines. (…)

February 7, 2017    Today, many French mountain resorts stand out for their commitment to sustainable development. Labeled Green Flocon, green resorts, Green Globe or winners of the 2016 Cimes Sustainable Trophies, more and more of them involve to propose a preserved natural environment and a more responsible tourism.   ( … )

While a horde of climate denizens is preparing to invest in the White House US Southwestern states are experiencing the largest drought ever recorded in more than 40 years.
California and Nevada are the most affected by heat waves and lack of precipitation that have been combined for 5 years in this region but Arizona and Utah are also severely impacted.

Can Trump become the grave-digger of the Paris climate deal? 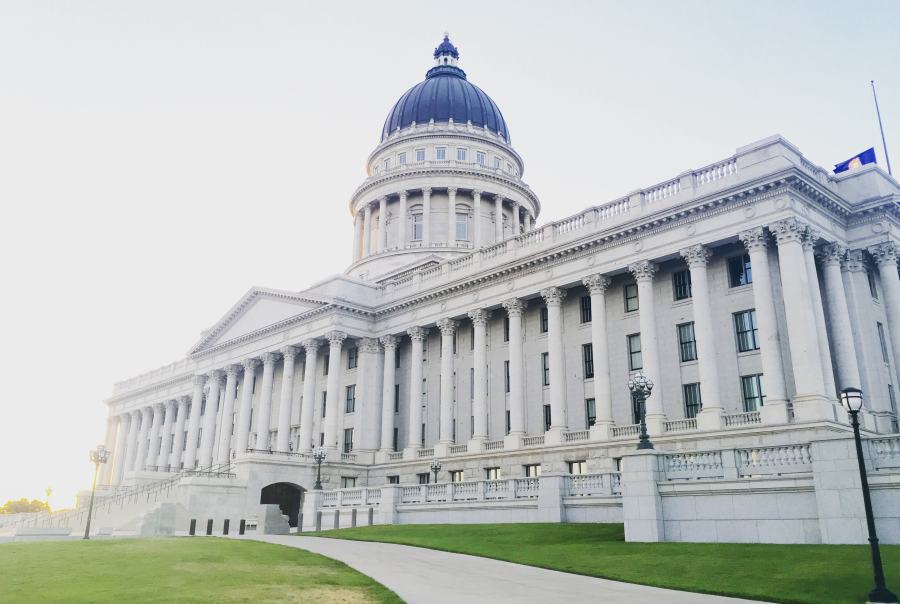 While COP22 is being held in Marrakech, the shock of Trump’s election as the next president of the United States has left the democrats of the whole world groggy, stunned by this event that they wanted to believe unthinkable.
In these difficult times when civilizations, cultures, and religions clash brutally, it appears that the cleavage brings together and that the appeasement clive. This is the unexpected paradox born from globalization and the fears it arouses, sometimes rightly, in western societies. 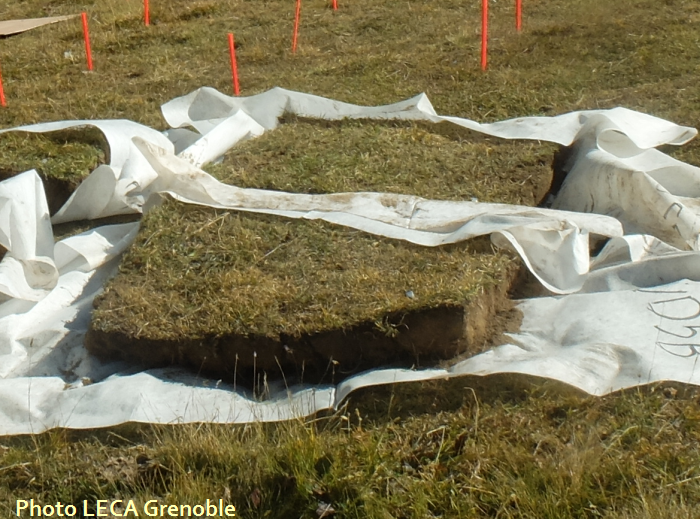 French Alpine Ecology laboratory (LECA), in Grenoble, initiated at the end of september an interestingt experiment with the aim of observing the reactions of Alpine ecosystems in the face of the stress caused by a brutal climatic warming of 3Â°C.
Supported by the logistics of the Alpine Station Joseph Fourier and with the support of the commune of MonĂŞtier-les-Bains (Hautes Alpes) the researchers cut out alpine lawn slabs with a substrate about fifteen centimeters thick.

Skiing : Why France has lost its 1st world place ? 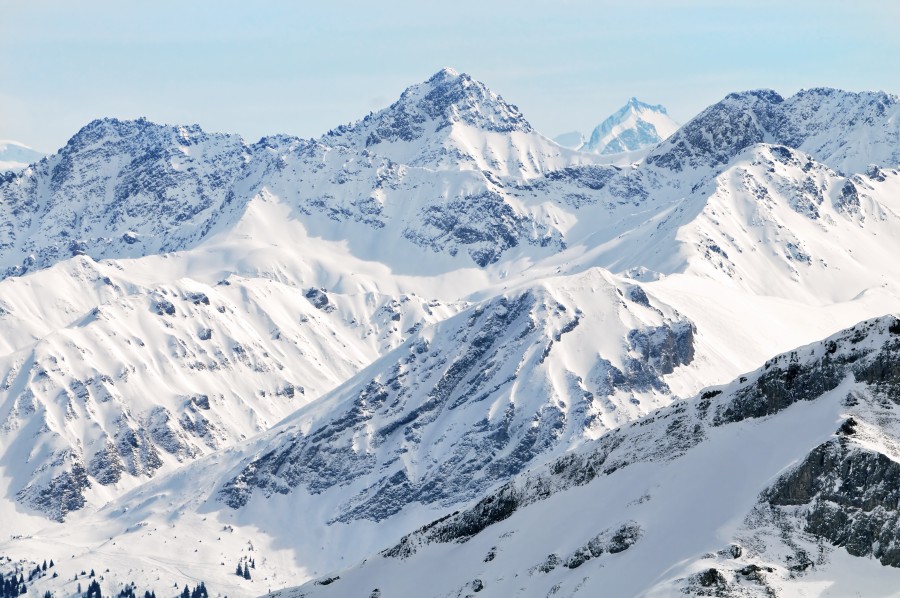 During the winter season 2015/2016, France has sold 52 million skier-days, against 53.9 million for the United States, which took the 1st place in the world ranking. Even if it remains the first ski area in Europe, France experienced a decline of 3% of its attendance compared to the past season and of 6% compared to the average of the 4 past winter seasons. How to explain this trend ?

This summer and as every year, 21 new sites have been selected to be listed in the UNESCO World Heritage, a chance for these protected areas that fascinate and arouse the interest of local or foreign tourists. Out of 21 sites, 10 are located in mountain areas, a great victory for these remote locations and those who have fought for the recognition of their natural or cultural particularities.

As the Energy Festival is beginning, initiated by the ADEME (French Agency for Environment and Energy Management) seven years ago, Innov Mountains publishes this special file about renewable energy innovations and the companies which develop them. These precursors set the bases of tomorrowâ€™s civilisation, sustainably-powered and respectful of the planet.
This orientation is not an option anymore, but above all an obligation towards future generations.

Vancouver, greenest city in the world by 2020 ?

Last August, Vancouver city Hall reaffirmed that the city would become the world’s greenest by 2020 through its Â« Greenest City Action Plan Â». Between the ocean and mountains, Vancouver is situated on the Canadian Pacific Coast close to North Shore Mountain and counted around 600 000 inhabitants in 2011. This special link with nature may explain its will to become a sustainable city. 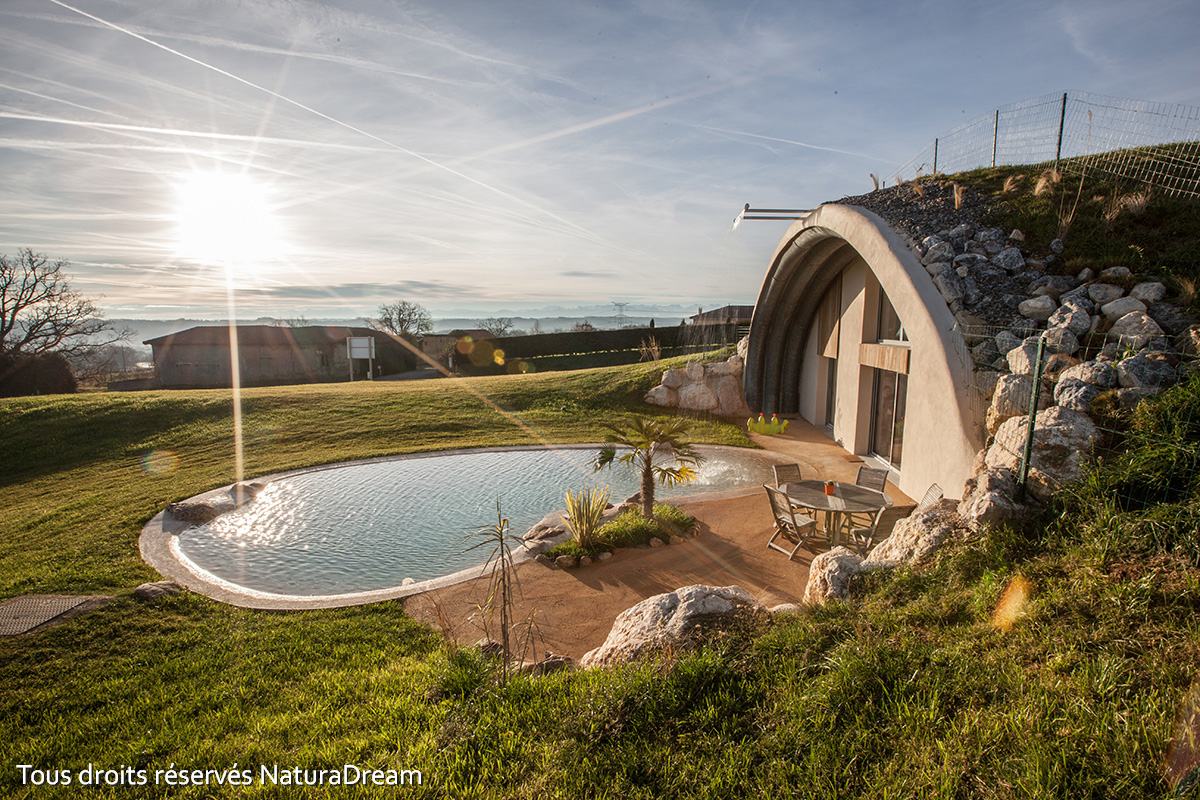 At the heart of the massif of Sancy in Auvergne, Sancy Resort tourist complex has six eco-lodges designed with respect for the environment, and is expected to expand by building bioclimatic houses Â« Natura Dome Â».
Located in Chambon des Neiges at 1200 m above sea level, between Chambon Lake, the Valley of Chaudefour and 20 minutes away from Mont-Dore and Super-Besse ski resorts, Sancy Resort offers a range of sports and wellness activities. 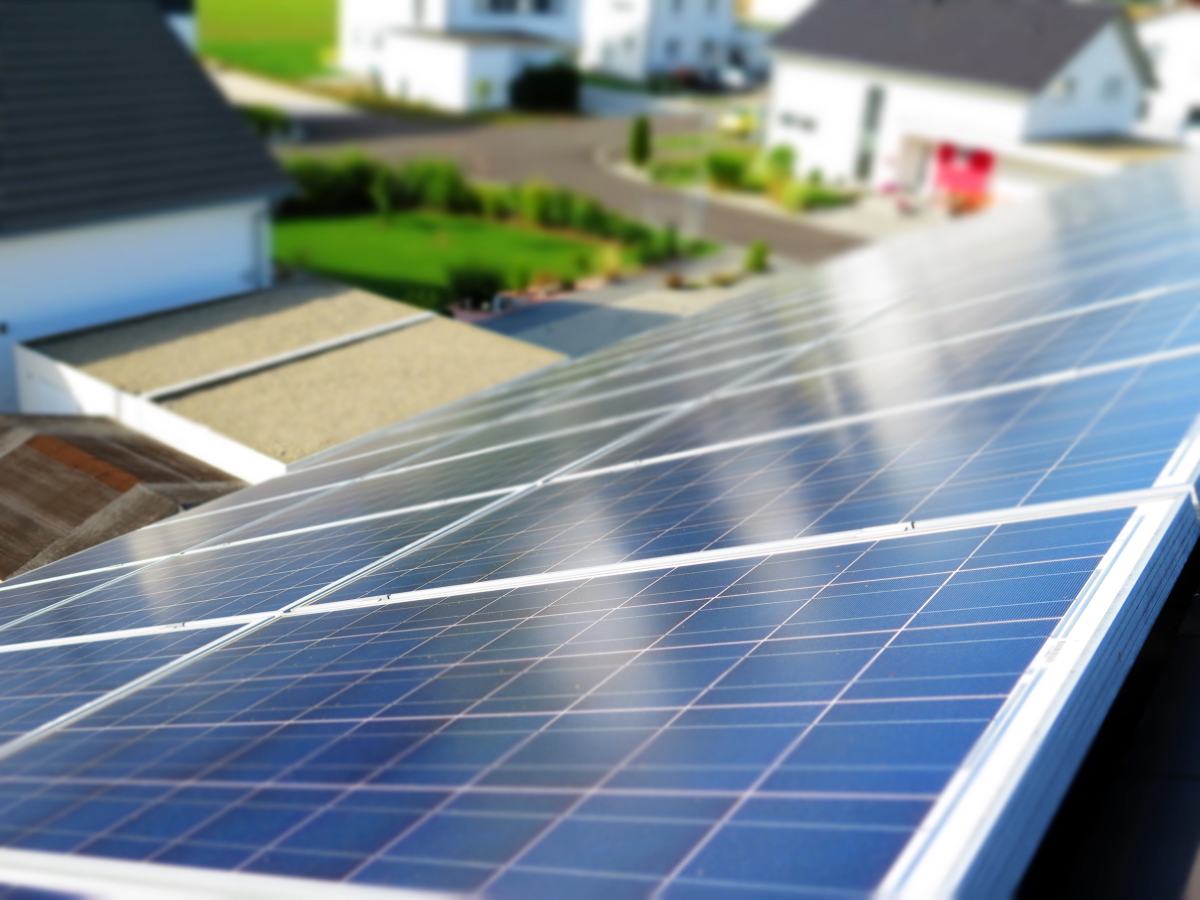 This concept of village power plants is a success. It consists in collective production of electricity from renewable energy sources at a small territory level and its citizens.
The principle is simple: a local company is created and each investor can participate in its governance : town, citizen or company, in different ways. For example, it is possible to rent one’s roof to the company or to buy shares in the project. In return, the participants receive dividends from the resale of produced electricity. Check out some examples of existing village plants in France.

Soon a Natural Regional Park of Belledonne ? Or not ! 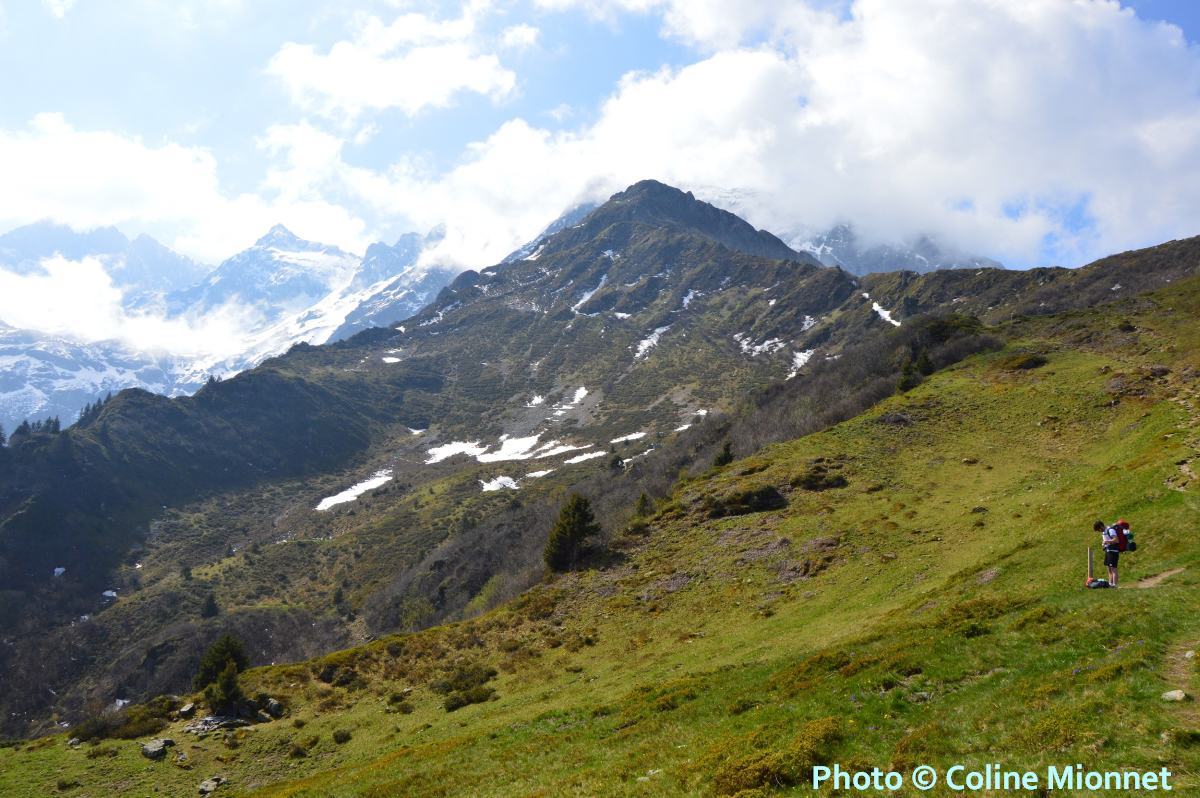 Since its creation in 1998, Espace Belledonne association is busy to federate socio-economic actors in the Belledonne range territory.
It has emerged as a key partner in the organization of the territory and participates to many promotion projects of its natural, cultural and economic heritage. Thus, development of mountain agriculture and sustainable tourism is encouraged. 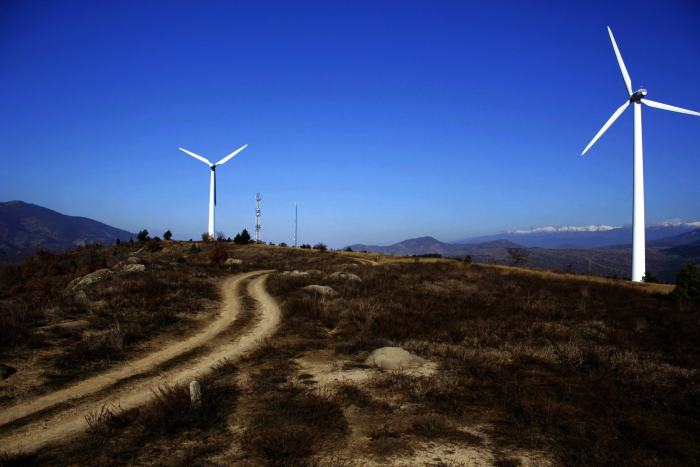 Today, most of ski resorts are concerned with climate change, but only some of them use 100% onsite renewable energy for their operations. Where are they located ? What is their strategy ? 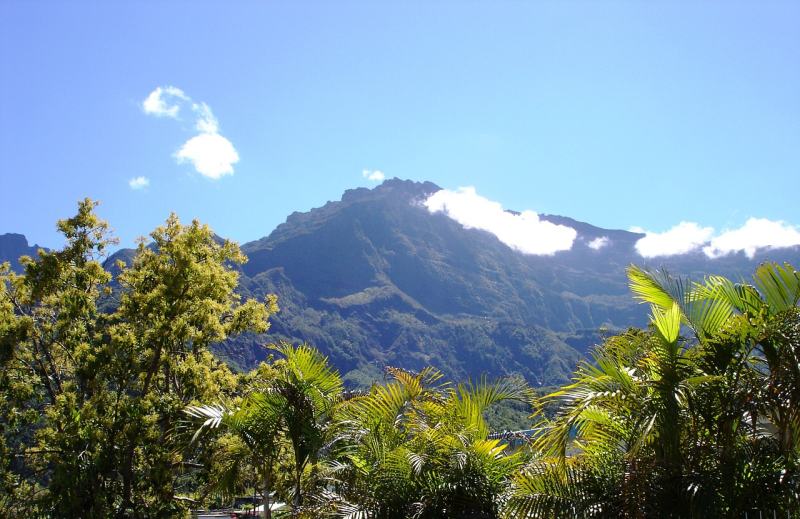 On Reunion Island, pioneer in energy transition, renewables now represent more than one-third of electricity production. The objective is to increase the share of renewables in the island energy mix up to 50% by 2020, and to 100% by 2030.
According to EDF Group, which accompanies Reunion Island in its energy transition, renewable energy covered 36% of the territory electricity needs in 2015.

A range of everything there is to do and see by massif, in mountain as in valley !
From natural, cultural sites, passing by visits and tasting experiences at local producers’ to on site activites : leisure, sports, relaxing… In short, all the good addresses to
prepare your holiday in mountain in every seasons.

You planned mountain holiday out of ski season ? Soon, you will be sure, in every season (all year long) in the labelled territory, to have at least 5 choices in each of these 4 sections :
1) Accomodation,
2) Sports & Nature,
3) Leisures, relaxing and
4) Culture & Home made art.
Any local government located in mountain or in valley area can ask the 4 Seasons Tourism Label.

Anyone is invited to post one’s project, the author will decide who he wants to work with if several rivals are interested by his/her project.
You can also find out and vote about projects in you town, local government or any other territory. The goals of this section are many, as to boost local economy in mountains
and valleys in the world, stimulate access to passion jobs, or promote sustainable projects.

This is our partners’ network : public, private, semi-private profesionnal stakekholders who act for sustainable development in mountain and valley areas. The aim : easily find and contact professionals you need, wherever in the world.